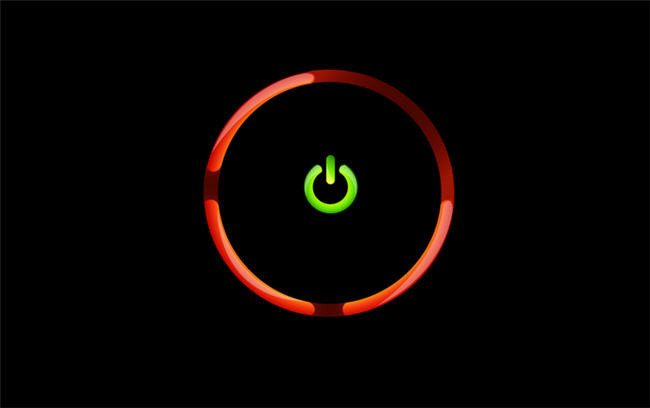 Soon after the release of the Xbox 360, Microsoft started to see a general pattern: a device malfunction signaled by a red ring at the console’s front. Consumers were beginning to return their devices and use the warranties.

It ended up costing Microsoft $1bn after the issue was eventually resolved.

It’s pretty obvious when you run into this problem: your 360 turns off and reveals a red ring around the power button. The red ring is four-sectioned.

This problem became known as the Red Ring of Death since it wouldn’t turn back on until your 360 had been shut down.

Why does the Red Ring of Death occur?

During the early stages of developing the Xbox 360, Microsoft committed a major error in judgment. They made the mistake of giving priority to form over feature.

They designed the console look and then handed it over to their engineers, who had the difficult task of getting all of the components needed inside. The Red Ring of Death basically signifies a hardware problem.

Since Microsoft gave its engineers a small space to build the computer, they had to pack all the parts in too close together. The 360 would shut down because it overheated, thus showing the Red Ring of Death.

The Xbox 360 gaming console faces a variety of technical problems and faults that can make it unusable.

However, blinking red lights flickering on the console’s face will show one of the issues; the three flashing red lights known as the Red Ring of Death. Many problems often occur with the console – for example, CDs being damaged in the machine and consoles “unplugging” due to system updates.

Several articles have appeared in the media since it came out on 22 November 2005, describing the disappointment of the Xbox 360. These technical challenges cost Microsoft a fortune when coming up with solutions.

This mistake was soon called the Red Ring of Death, resembling the Blue Screen of Death error familiar to Windows users. Alert signs may involve freezing and graphical faults during the match, such as pinstripes on the screen.

These events can occur once or multiple times, but may not, before the hardware fails.

When the screen freezes, the error doesn’t automatically happen. Many consoles tend to be affected more by these technical issues than others.

Almost simultaneously with the introduction of the Xbox 360 in late 2005, consumers started recording radial scratches found on CDs for use in their 360 consoles.

Nearly two years later, in February 2007, the website “The Adventures of the Llamma” researched the matter and found that certain 360 disks lack a mechanism to hold the disk securely in place.

While working with a disk spinning inside, tilting or rotating consoles with these drives would possibly cause harm to the disk and, in certain cases, make the disk unplayable. Disks were often damaged during regular use by stationary consoles.

Although organized competitions were part of the video game community for a long time, these were mostly amateur until the late 2000s, when top players and spectators participated in these activities through live streaming and there was a huge rise in popularity.

By the 2010s, sports became a big force in the video game industry, with many game developers actively planning and financing tournaments and other activities.

How to fix the Red Ring of Death on Xbox 360

Clean the disk reader: a CleanDr product might get your disk reader back in order. It is a cost-effective repair and relatively efficient. Similar to some other repairs, it is also low-risk.

Wash out dust: get a compressed air can and try to spray it in the space where you insert the disk. If that doesn’t solve it, you should open the console to get a better one.

Use the compressed air and a dye. Take it for repair: if these at-home solutions aren’t working, you can go to the Xbox dealer shops for them to fix it for you.

People who encounter the problem will discover they need to send the 360 away for replacement, which can take up to three weeks.

The new slimmers Xbox 360 models indicate hardware failure other than the official version; the outer circle segments can no longer turn red. Microsoft also said that the center of the power button will now show errors shifting from green to red.

What causes the red ring of death on Xbox 360?

The red ring of death signals a general hardware failure, most often due to an overheated console.

1. Switch off the console.
2. Disconnect the HDD and clean it with air blow.
3. Put it back and start the console.

How do you fix general hardware failure on Xbox 360?

Watch this video to learn how to fix this issue.